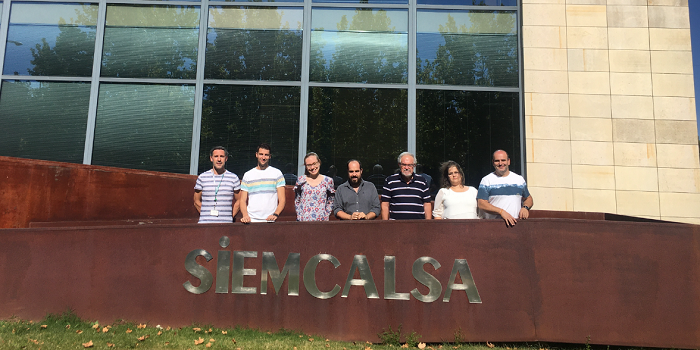 On October 10, a meeting of the ESMIMET project took place at the SIEMCALSA facilities and had the participation of technicians from the University of Porto (FCUP), SIEMCALSA and the CARTIF Technology Centre -as coordinator-, all members of the proyect. This meeting aimed to define strategies for the elaboration of the Metalogenetic Map related to action 3.4 of the activity called “Study of the present and future potential of metal mining” of the initiative, so as to avoid duplication of tasks between the different proyect teams.

In this meeting the aspects of the realization of the aforementioned metallogenetic map were discussed and the FCUP team presented the work done in the homogenization of the adopted classifications of the different types of rocks mapped in the 1: 500,000 geological charts of Portugal and 1: 400,000 of Spain.

For their part, the representatives of SIEMCALSA presented the criteria to be followed for the selection of the deposits in the final map, in addition to several maps of variants made based on the different characteristics of the deposits, typology, orientation, etc.