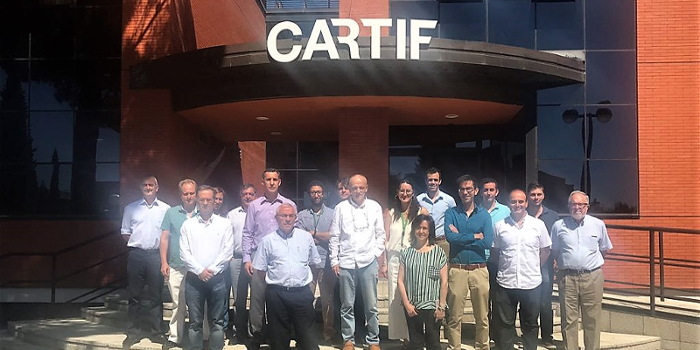 ESMIMET project aims to generate a network of scientific-technical knowledge and R&D&i around the development of metal mining capabilities of the border strip in the north and centre of Portugal and Castilla y León. This network will allow, on the one hand, the development of regional and joint R&D&I activities related to exploitation and processing techniques, as well as environmental and energy techniques, and on the other hand, the training and qualification of scientific profiles with high added value and the generation of highly qualified employment.

The border strip that goes from the south of Galicia to the north of Extremadura (more specifically north and centre of Portugal and Castilla y León), on both sides of the border, contains a large part of the Iberian and European reserves of some of the metals considered Critical Raw Materials, by the European Union, such as tungsten and other strategic materials such as uranium, in addition to offering a high potential in deposits of metals such as tin, iron, copper, zinc, lead or gold.

The objective of these areas is to enhance the interaction between mining activity and regional industrial activity, and especially, to facilitate the relationship between regional R&D&I systems, essential from an economic point of view.

The consortium of this project proposes the study and assessment of the current and future mining potential in the zone under consideration, with a specific assessment of the potential for the production of high value-added by-products, rare earths, and the possible technological lines to carry out the exploitation and the use of these deposits.

To carry it out, the consortium intends to create prospecting guides that allow the search for new deposits of technological metals in this region, with enormous metallogenetic potential. For the development of these guides, the work team will study in detail how mineralizations are, a large part of which have already been subject to intermittent exploitation at various moments in history, and define which are the parameters that are controlling them and how they originated. The actions to be carried out within this activity will be an inventory of the known mineralizations and geological framing.

The expected results of the project are the identification of 100% of the current and future mining potential in the territory considered: the preparation of a prospecting guide for the search of new deposits; the formation of a network of work; the training and qualification of scientific-technical profiles; the generation of strategic projects of more than one million euros; the generation of highly qualified employment; the identification of 100% of the exploitation and processing techniques used in metal mining; the 50% reduction of the environmental impact; the substitution of 80% of fossil energy sources by renewable sources; the development of an environmental management system and the preparation of approximately 50 scientific-technical documents.