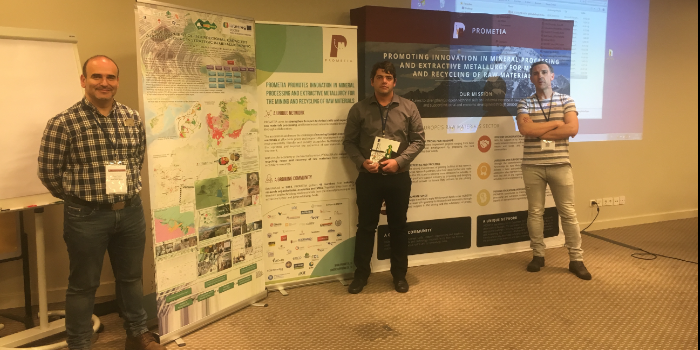 The researchers from the CARTIF Technology Centre Pedro Acebes and Jorge Calvo, and the equivalent in SIEMCALSA Óscar Fadón, who are part of the ESMIMET project team, have participated in the 5th scientific seminar organized by the Association for Mining, Mineral Processing and Extractive Metallurgy PROMETIA, of which both entities are part.

The meeting, which took place from December 13 to 14 in Berlin, served as the stage to present the metallic mining initiative, coordinated by CARTIF, as well as the actions that are being carried out in the demonstration regions, Castilla y León and the central and northern area of Portugal. The goal of ESMIMET is to make the most of the resources of these areas in order to design a common strategy.

The PROMETIA event brought together numerous experts from the metallurgy sector, who discussed the production processes of different metals as well as the associated developed ones, such as online monitoring, on-line analysis, process simulation, economic development in the EU, etc.